Back from the dead.

Hello I realize I haven't been on here in a while. But I've still been collecting and I am still rooting on my Cubbies! I went to two playoff games, one of them being World Series. I meant to post a tribute to Jose Fernandez but have just been too busy with school. I haven't sent a TTM in forever, I have gotten some very good IP autos this year, Harper twice, Kershaw at Wrigley, Corey Seager, Yadier Molina, Paul Goldschmidt, Joe Mauer, etc, its been a good year for graphing! But how about my Cubbies? I am so happy they won, game 7 was crazy, and I skipped school yesterday for the parade. It was a great season. I also have become good friends with former Cub, John Baker via my custom cards. I am/was on a first name basis with my hero Clayton 'the goat' Richard. Its been a great year and I am still on recaps of 2015, so I won't be able to post all of it, but I would like to post some of my better stuff this year with some stories.

I am also almost complete with the 2014 Topps Heritage minors set
I need:

I also started graphing at White Sox games, not because I like them (I don't) but who can turn down a ticket to a MLB game for $5? Its great for when the Cubs are out of town.

But long story short I'm trying to grind out my last year of high school and I haven't had time to be on here, expect some more posts soon.

I got Bryce Harpers' autograph the other day 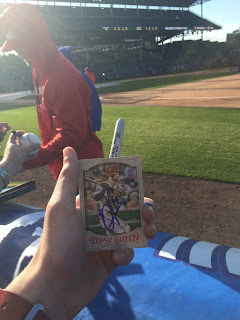 Bryce signed this years Gypsy Queen card for me.

So I only had one guy I was targeting this series and it was Bryce! The Cubs side was packed, nobody really signed (actually Bryce was the only player on either team to sign). I was waiting by the top of the dugout for Bryce hoping he would comer over and stop and an usher would let me down and then Bryce went down the line and signed for a kid who had a sign. Bryce went back out and shagged some baseballs then came over and started signing down the line and I was one of the first people he signed for, and I was so happy because now I have the 3 best players in baseball (Bryce, Trout, and Clayton Richard). Bryce was definitely cool and this is a day I'll always remember. Thanks Bryce!

Posted by Jackson Traylor at 10:49 AM No comments: 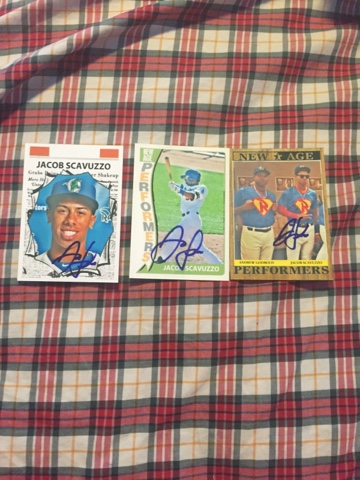 Jacob Scavuzzo signed 3/3 c/o the Arizona Fall League. If you notice one of the cards is a dual card, my buddy Andrew Godbold is on the other half of that card I will get him to complete that sometime. Jacob is moving fast through the Dodgers organization. Thanks Jacob!
Posted by Jackson Traylor at 12:59 PM No comments: 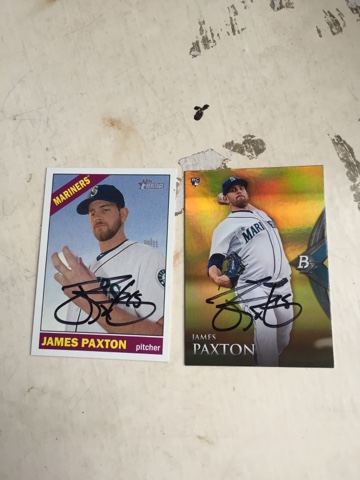 James Paxton is one of the MLB players rehabbing in the fall league. James signed 2/2 in 2 months c/o the fall league and this is a nice return considering he ignored my other requests sent to him. Thanks James!
Posted by Jackson Traylor at 12:55 PM No comments: 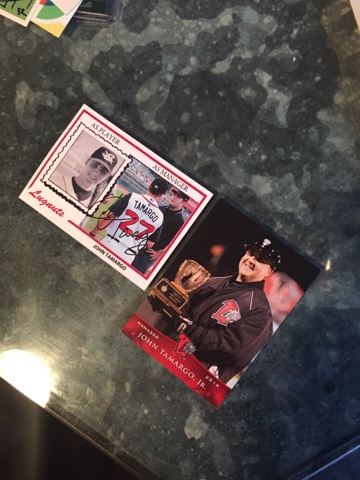 John Tamargo signed 2/2 for me c/o the Arizona fall league. I never got John during my trip to Lansing so I just shipped him what I had made of him and even though I can't see them they are a success none the less. Thanks John.
Posted by Jackson Traylor at 12:07 PM No comments: 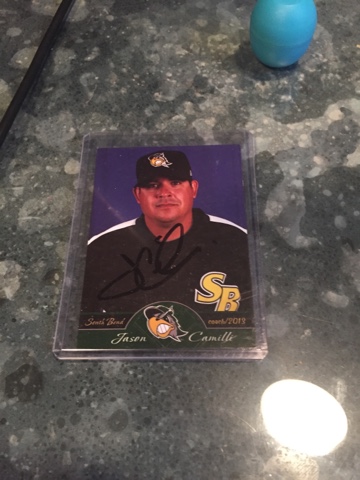 Jason Camilli signed this old South Bend team set card c/o the Arizona Fall League. I never had the chance to get Jason's autograph while I was in South Bend. Thanks for knocking this card our Jason! Nice return.
Posted by Jackson Traylor at 12:03 PM No comments: 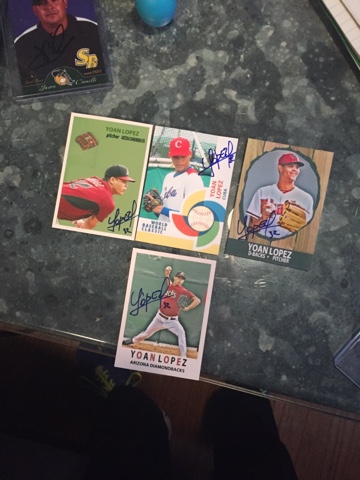 D-Backs Cuban phenom prospect Yoan Lopez knocked out 4/4 for me c/o the Arizona Fall League. Yoan has a great signature and when he got signed at the same time as Yoan Moncada I frequently got them confused but not anymore. Thanks for the return Yoan!
Posted by Jackson Traylor at 11:01 AM No comments: 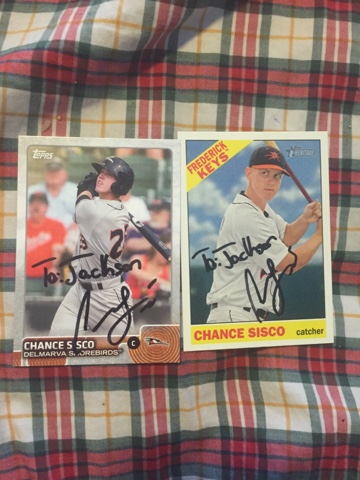 Chance Sisco signed/personalized 2 cards for me today sent c/o the fall league. Chance is a top prospect in the Orioles system after being a second round pick in 2013. Thanks for taking the time Chance!
Posted by Jackson Traylor at 10:53 AM No comments: 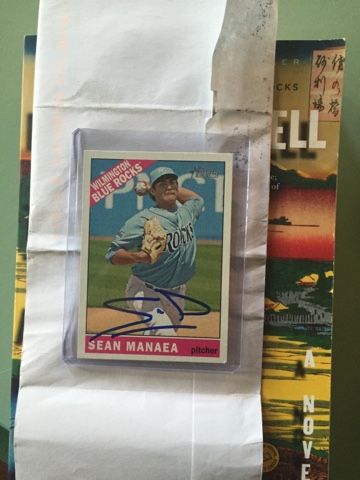 Sean Manea signed 1/1 in one week c/o the Arizona fall league, Sean was traded to the Athletics during the season as part of the Ben Zobrist trade. Thanks for taking the time Sean!
Posted by Jackson Traylor at 10:47 AM 1 comment:

AUTOGRAPHED CARD OF THE WEEK

I'm 18. Big Cubs fan. I post a lot on my Instagram @FlyTheWGraphs. Been getting IP and TTM autographs since 2009.

You can reach me at jacksonsautos@gmail.com if you have any questions or concerns but remember I do not ever sell or trade my autographs and I believe in their authenticity 100%.